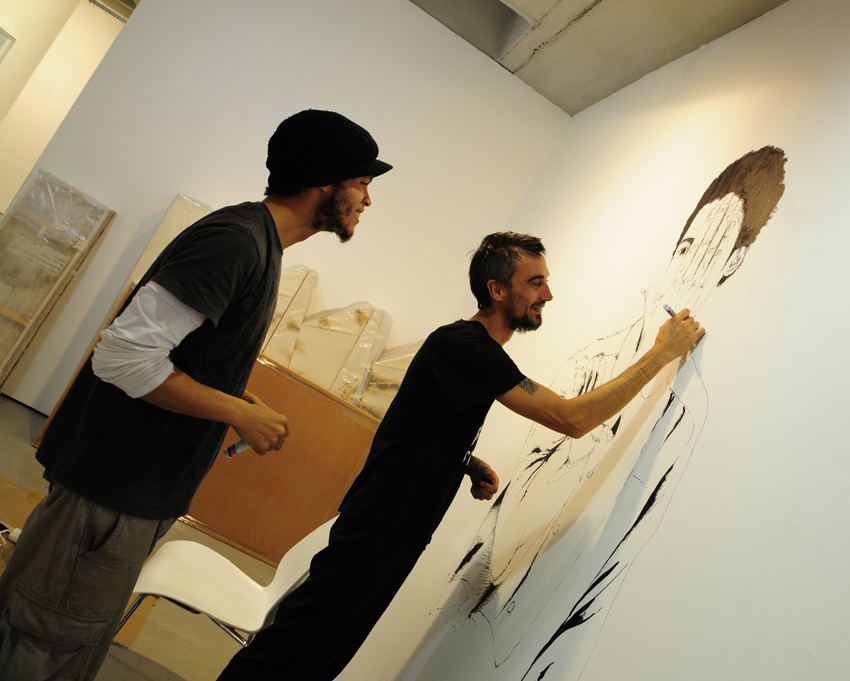 NOT a LINE (a shadow line)
A project by Paolo Baraldi selected for the Artistic Residency in Cape Town, South Africa, September 1- October 15 2014

PAOLO BARALDI will be living and working on a specific project in Cape Town for a period of 30 days, after which , he will present a solo exhibition at SMAC Art Gallery in Cape Town. The project “Not A Line (a shadow line)” is an urban art intervention, focused on and projected onto the grid map of the new MY CITY bus route in Cape Town which has revolutionized public mobility in Cape Town. The title “Not a Line”, in its literal sense is relevant as the map or network of bus routes is far from linear. Baraldi also sees the movement of people as a form of human exchange. My City buses concurrently run through the well-known tourist spots, and the various suburbs of the city. Each bus stop will represents a new discovery and encounter for the artist with places, people, situations and images which he aims to reproduce in shadow form, creating a body of work which is both a social survey and study in urban ethnography.

Paolo Baraldi describes the project in Cape Town as follows:

“Drawing, photography and engraving, are steps in a process of memorization: the faces, the lives, the lights and shadows of people who might meet in my experience will be stored and played back in memory.

This project fits into the body of work which I have been developing around public spaces over the last few years, in Bilbao (Spain), Tampere (Finland), Rome and Bergamo (Italy). Recurring themes and devices in my work are issues surrounding equality, as well as highlighting the acquiescence and complicity of the individual to change appearance within the public context, reflecting a specific visual and cultural aspect, which is provoked and encouraged through artistic intervention. The extent and nature of these interventions relaxed or intensified, depending on the context.”

The timing of the project coincides with various initiatives surrounding the City of Cape Town as World Design Capital for 2014, and the conceptual basis of the project aligns itself with this theme: artistic intervention and urban intervention are interrelated and connected as tools in contemporary new social planning. In recent years, there has been increased criticism and concern about commercial art practices and the art market which stifles creativity and authenticity in artistic production and there is a move back towards a vision of art which is more closely linked to the creative act, where the artist is an interlocutor, engaging with its audience, operating from within an open/public space.

Paolo Baraldi will also have a live workshop with the photography and graphics students from the “Ruth Prowse School of Art” based in Woodstock working with them at the near My City bus stop.